The modern town of Luxor is the site of the famous city of Thebes (Waset in ancient Egyptian), the city of a hundred gates. Luxor City dates back to pre-historical times. It is one of the most iconic monumental cities in the world, a city of civilization; its roots are deeply entrenched in history, witnessing the splendor of man's arts and science from seven thousand years ago. Luxor has frequently been characterized as the "world's greatest open-air museum," as the ruins of the temple complexes at Karnak and Luxor stand within the modern city. Immediately opposite, across the River Nile, lie the monuments, temples and tombs on the West Bank Necropolis, which include the Valley of the Kings and Valley of the Queens. 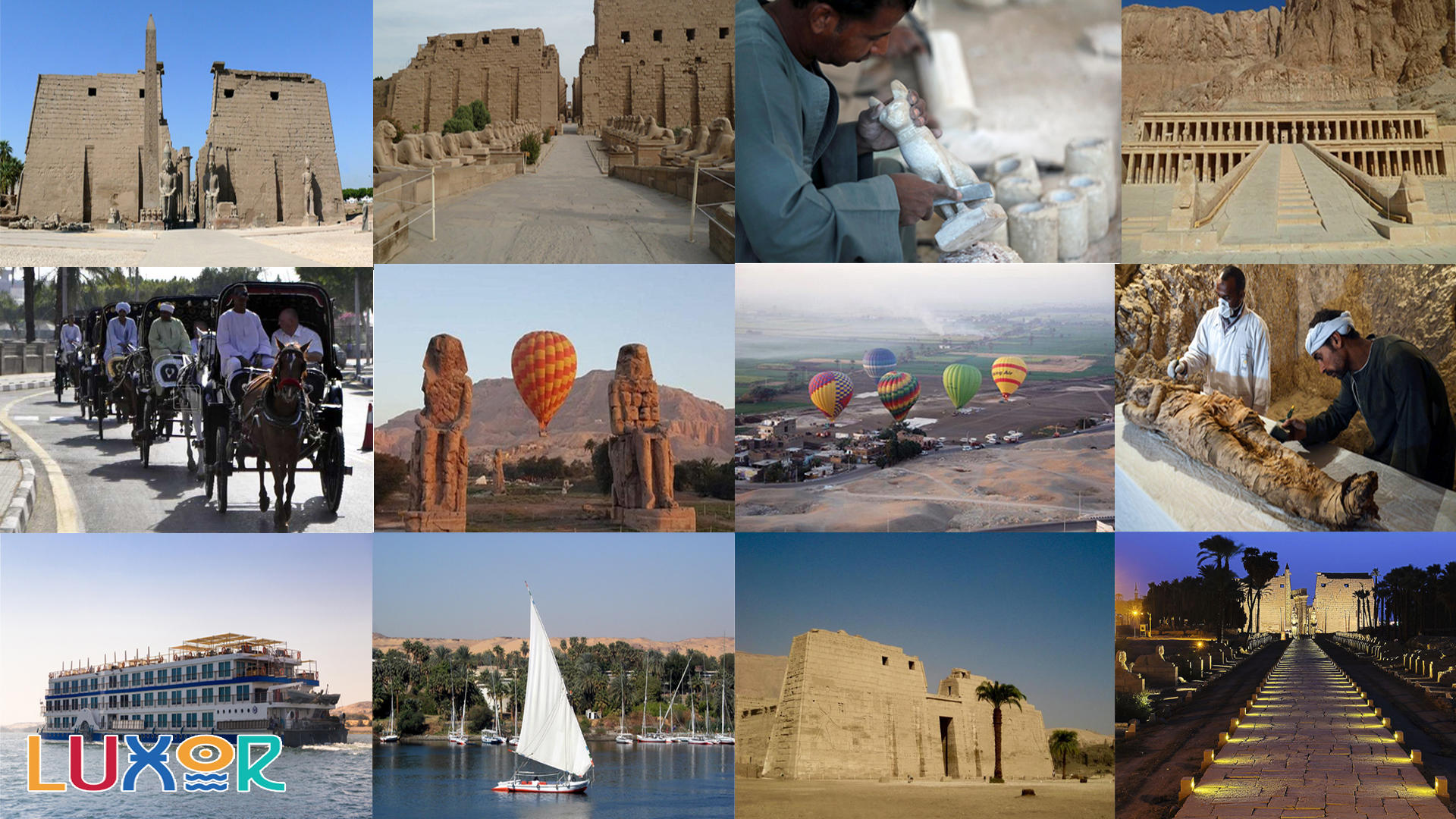