Historic Port of Kong with population of 19231 people (based on General Population and Housing Census development plan) is 165 km away from the west of Bandar Abbas (Hormuzgan Province), Iran, and located in the town of Bandar-e Lenge. It is a beautiful city with lofty palm trees which provide a joyous shadow for people under the burning hot sunlight of the south of Iran. The wind-catchers direct wind into the center of houses and white-colored exteriors of buildings with their delicate decorations shine under sunlight and between blue color of sea and sky. A significant number of these houses are still occupied by people and families living in them safe and secure. 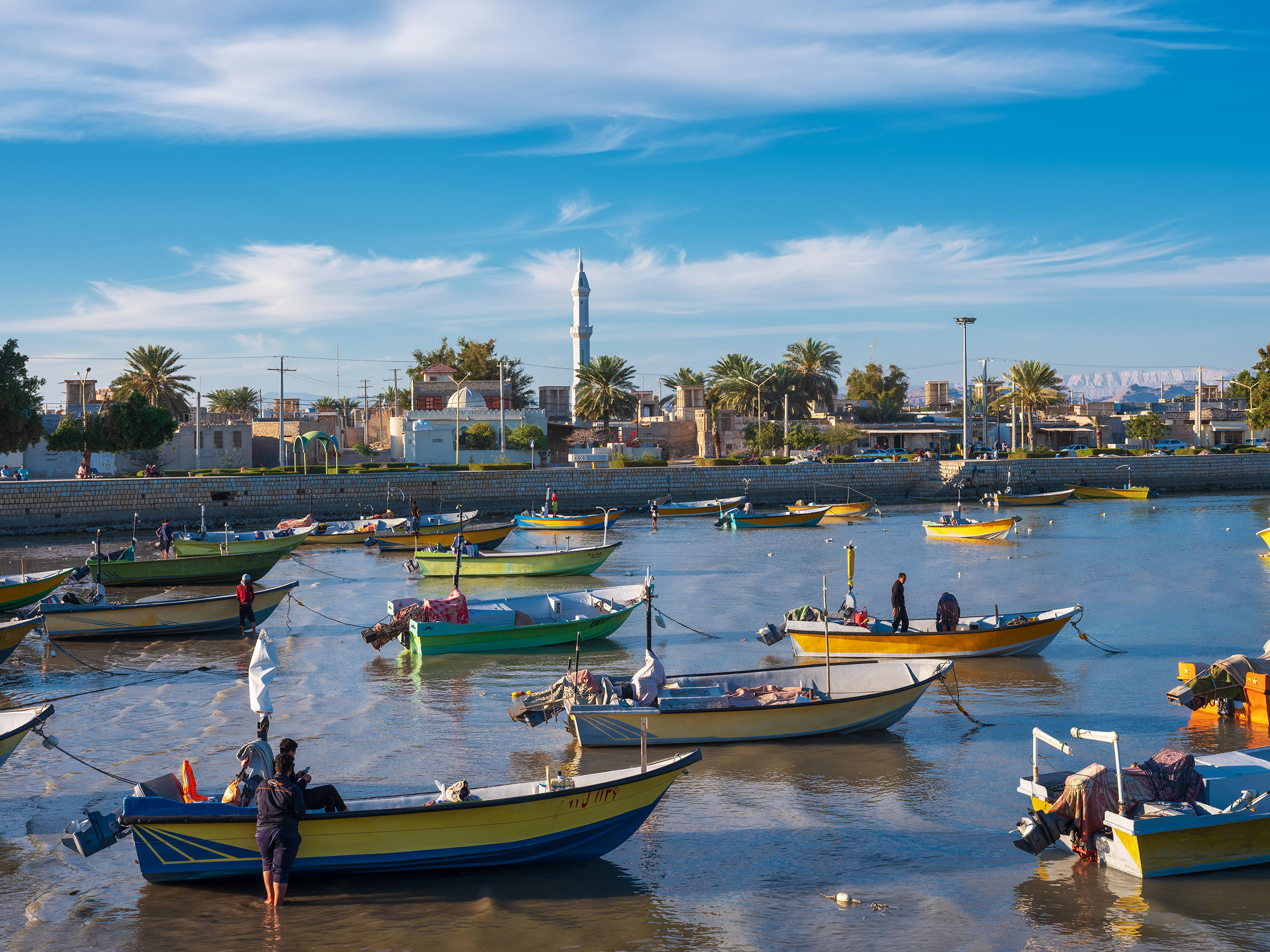