Whanganui is a compact city on the west coast of New Zealand’s North Island. The region is known for its outstanding natural environment with the Whanganui River (Te Awa o Whanganui) at its heart. From the sacred mountains of the Central Plateau, the Whanganui River begins its journey of nearly 300km and is eventually released into the Tasman Sea, off the western coastline of Whanganui. Along its length the people of Te Ātihaunui-a-Papārangi (Whanganui tribes) have descended for over 40 generations.

A local proverb defines the Iwi (Māori tribes) of the Whanganui River and region:

“The great river flows from the mountains to the sea. I am the river, the river is me.”

Every bend and rapid of the river (there are 239 listed rapids) has a guardian, or kaitiaki, who maintains the mauri (life force) of that stretch of the river. Te Awa o Whanganui is the first river in the world to be recognised and enshrined by Parliament as a living entity with the status of a legal person, with all the rights, powers, duties and liabilities of such.

The town was established at the river mouth in 1840 when the first settlers from England, Scotland and Ireland arrived. Tensions between Māori and settlers saw the installation of a British garrison in 1846 and for the next 23 years imperial forces were in occupation.

The community values its rich shared heritage, and uniquely celebrates its tangible and intangible culture. As one of New Zealand’s oldest towns, Whanganui hosts a plethora of heritage buildings and attractions, most of which are within an easy walk around the city centre.

Architecture from many eras is a major feature of Whanganui. Victorian and Edwardian treasures co-exist with ﬁne examples of mid-twentieth century modernism. Marae, homesteads, memorials and civic buildings provide a strong sense of place and identity and the concentration of signiﬁcant heritage buildings found here is rare in New Zealand.

Whanganui has also had several national firsts, including the first four-minute mile, run at Cooks Gardens by Peter Snell; New Zealand’s longest running newspaper, the Whanganui Chronicle, which covers regional stories to this day; the first rowing club in New Zealand; the Jockey Club – the oldest existing sports club in New Zealand; and the famous Whanganui Collegiate School where His Royal Highness Prince Edward attended as a tutor. 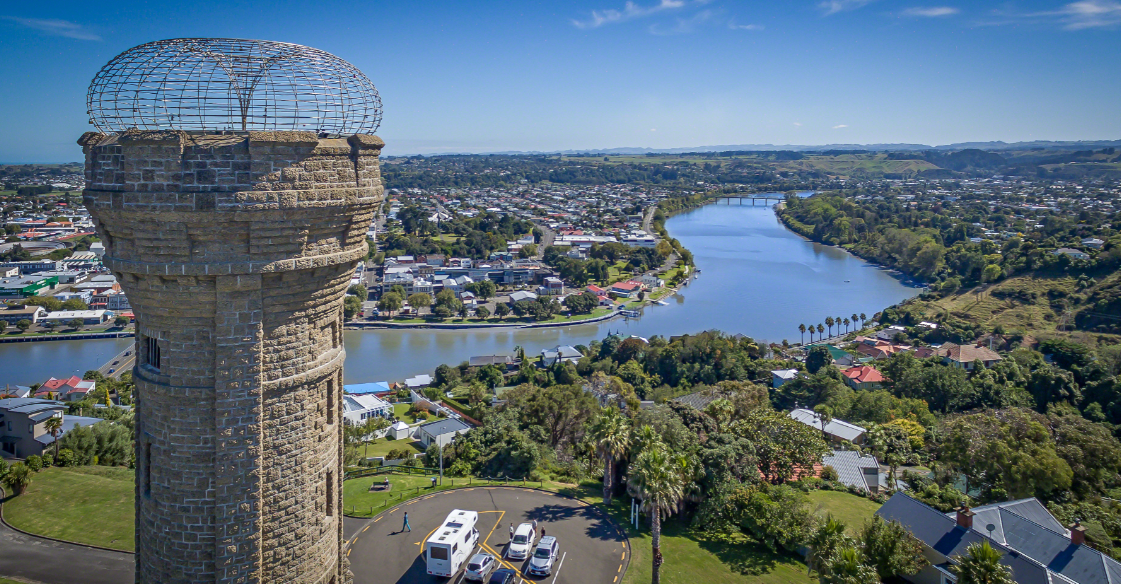